Silent Voices (2010) is a Detective Inspector Vera Stanhope mystery novel by the internationally recognized bestselling British author Ann Cleeves. I enjoyed this novel and recommend this book for your reading list. Dolores and I have read a number of books by Ann Cleeves. Click on the links to learn more about the author and her books. 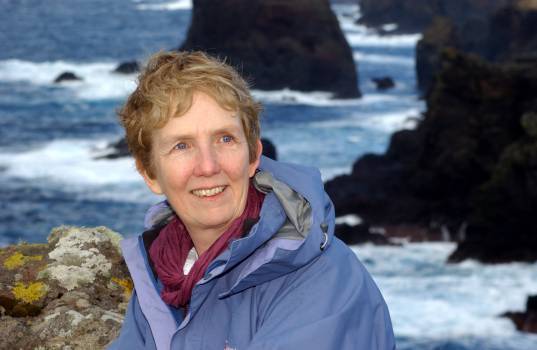 Ann is the author of the books behind ITV's VERA, now in it's third series, and the BBC's SHETLAND, which will be aired in December 2012. Ann's DI Vera Stanhope series of books is set in Northumberland and features the well loved detective along with her partner Joe Ashworth. Ann's Shetland series bring us DI Jimmy Perez, investigating in the mysterious, dark, and beautiful Shetland Islands...

Ann grew up in the country, first in Herefordshire, then in North Devon. Her father was a village school teacher. After dropping out of university she took a number of temporary jobs - child care officer, women's refuge leader, bird observatory cook, auxiliary coastguard - before going back to college and training to be a probation officer.

While she was cooking in the Bird Observatory on Fair Isle, she met her husband Tim, a visiting ornithologist. She was attracted less by the ornithology than the bottle of malt whisky she saw in his rucksack when she showed him his room. Soon after they married, Tim was appointed as warden of Hilbre, a tiny tidal island nature reserve in the Dee Estuary. They were the only residents, there was no mains electricity or water and access to the mainland was at low tide across the shore. If a person's not heavily into birds - and Ann isn't - there's not much to do on Hilbre and that was when she started writing. Her first series of crime novels features the elderly naturalist, George Palmer-Jones. A couple of these books are seriously dreadful.

In 1987 Tim, Ann and their two daughters moved to Northumberland and the north east provides the inspiration for many of her subsequent titles. The girls have both taken up with Geordie lads. In the autumn of 2006, Ann and Tim finally achieved their ambition of moving back to the North East.

For the National Year of Reading, Ann was made reader-in-residence for three library authorities. It came as a revelation that it was possible to get paid for talking to readers about books! She went on to set up reading groups in prisons as part of the Inside Books project, became Cheltenham Literature Festival's first reader-in-residence and still enjoys working with libraries.
Ann Cleeves on stage at the Duncan Lawrie Dagger awards ceremony

Ann's short film for Border TV, Catching Birds, won a Royal Television Society Award. She has twice been short listed for a CWA Dagger Award - once for her short story The Plater, and the following year for the Dagger in the Library award.

In 2006 Ann Cleeves was the first winner of the prestigious Duncan Lawrie Dagger Award of the Crime Writers' Association for Raven Black, the first volume of her Shetland Quartet. The Duncan Lawrie Dagger replaces the CWA's Gold Dagger award, and the winner receives £20,000, making it the world's largest award for crime fiction.

Ann's success was announced at the 2006 Dagger Awards ceremony at the Waldorf Hilton, in London's Aldwych, on Thursday 29 June 2006. She said: "I have never won anything before in my life, so it was a complete shock - but lovely of course.. The evening was relatively relaxing because I'd lost my voice and knew that even if the unexpected happened there was physically no way I could utter a word. So I wouldn't have to give a speech. My editor was deputed to do it!"

Ann's books have been translated into sixteen languages. She's a bestseller in Scandinavia and Germany. Her novels sell widely and to critical acclaim in the United States. Raven Black was shortlisted for the Martin Beck award for best translated crime novel in Sweden in 200.

When DI Vera Stanhope finds the body of a woman in the sauna room of her local gym, she wonders briefly if, for once in her life, she’s uncovered a simple death from natural causes. Then Vera spots ligature marks around the victim’s throat – death is never that simple.

Vera revels being back in charge of an investigation again, working with Sergeant Joe Ashworth to find a motive. While Joe struggles to reconcile his home life with the demands of the case, death has never made Vera feel so alive.

The duo investigates the victim’s past and discovers a shocking case, involving a young child. Probing the secretive community, they try to stop a killer in the present who can’t seem to let go of the past. 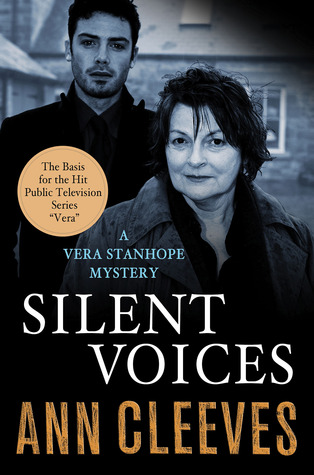 Good Tuesday morning to all. I hope this post will encourage you to read the excellent books by Ann Cleeves.

Good morning to you, Roy. Yet another book I could really get into... now, just to have enough time to do even more reading.

Roy, thank you for this book recommendation, and love mystery novels.

Thank you for another wonderful recommendation.  Wishing Dolores and you a lovely day.  A

Silent Voices sounds like a great read for fans of mystery novels, Roy.