Book Recommendation: The Whereabouts of Eneas McNulty by S. Barry

Book Recommendation: The Whereabouts of Eneas McNulty by S. Barry

The Whereabouts of Eneas McNulty (1998) is a work of historical Irish fiction with the story of Eneas McNulty by award winning Irish author Sebastian Barry. Dolores and I enjoyed this novel and recommend it for your reading list. Click on the links to learn more about the author and his books. I have previously recommended his two most recent books, Days Without End and A Thousand Moons.

Sebastian Barry is an Irish playwright, novelist and poet. He is noted for his dense literary writing style and is considered one of Ireland's finest writers

Barry's literary career began in poetry before he began writing plays and novels. In recent years his fiction writing has surpassed his work in the theatre in terms of success, having once been considered a playwright who wrote occasional novels.

Goodreads Review of The Whereabouts of Eneas McNulty

An acclaimed playwright's novel -- the heartbreaking epic of a fugitive everyman -- confirms him as one of the Irish fiction's outstanding voicesRecently lionized for his play The Steward of Christendom, Sebastian Barry was hailed by The New York Times for his "rare mark of theatrical greatness". The New Yorker called the play "a majestic work". Now, with this astounding first novel, he enters the territory of Frank McCourt and James Joyce.

When Barry's hero, the romantic innocent Eneas McNulty, signs up to fight with the British in World War I. An Ireland wracked by the Troubles blacklists him as a traitor -- and it is his childhood friend, Jonno, who has been ordered to assassinate him. He is pursued by IRA hit men across a lifetime, to Texas, Nigeria, Omaha Beach, and the remote Isle of Man. A modern-day Aeneas, he is a classical hero disguised beneath an ordinary, tragicomic life. His wanderings embody both the strife and glory of Ireland's history, in a book that, as the Irish Times wrote of his famous play, is "wonderful...lyrical and profound, extremely funny, extraordinarily observant...hauntingly sad". 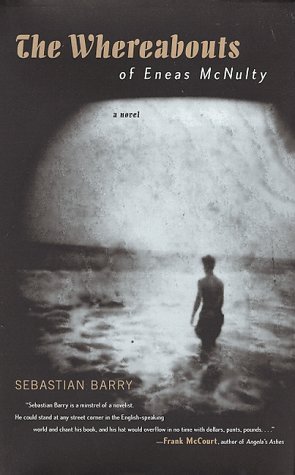 Good morning Roy. May have to give this author some thought. Near the end of the books written by Stuart Woods. Enjoy your day!

What an interesting plot story this is.  Congratulations on so many accolades for your flower photo,.  I love it.  A

Roy, you are most certainly a photograph taking good book reading dynamo. Thanks for sharing!

Posted by Rocky Dickerson, Superior Service! (Realty One Group) about 1 month ago

Roy Kelley - You sure are getting noticed with your photography work! It's absolutely beautiful! Congratulations!!!

As for the book recommendation - it sounds very interesting!!!

Sounds like an interesting book, Irish writers have always been well received and write well.

Hi Roy Kelley - You always do a wonderful job with your book reports.  Thank you.

The Whereabouts of Eneas McNulty sounds like a great Irish fiction novel for the bookworms, Roy.

I hope you are reading a good book. Have a great day and a very special weekend.