Power Play (2007) is a thriller featuring a junior executive during during power plays among the top officers at a major corporation by The New York Times bestselling American author Joseph Finder. I enjoyed this novel and recommend it for your reading list. Click on the links to learn more about the author and his many books. Joseph Finder is the New York Times bestselling author of 16 suspense novels, including JUDGMENT, THE SWITCH, THE FIXER and SUSPICION. He introduced “private spy” Nick Heller in VANISHED, an instant bestseller, and the continuing series includes BURIED SECRETS, GUILTY MINDS and HOUSE ON FIRE.

A founding member of the International Thriller Writers, Joe is also a member of the Council on Foreign Relations and the Association of Former Intelligence Officers. He is a graduate of Yale College and the Harvard Russian Research Center, and lives in Boston.

It was the perfect retreat for a troubled company. No cell phones. No BlackBerrys. No cars. Just a luxurious, remote lodge surrounded by thousands of miles of wilderness.
All the top officers of the Hammond Aerospace Corporation are there. And one last-minute substitute -- a junior executive named Jake Landry. He's a steady, modest, and taciturn guy with a gift for keeping his head down and a turbulent past he's trying to put behind him.
Jake's uncomfortable with all the power players he's been thrown in with, with all the swaggering and the posturing. The only person there he knows is the female CEO's assistant--his ex-girlfriend, Ali.
When a band of backwoods hunters crash the opening-night dinner, the executives suddenly find themselves held hostage by armed men who will do anything, to anyone, to get their hands on the largest ransom in history. Now, terrified and desperate and cut off from the rest of the world, the captives are at the mercy of hard men with guns who may not be what they seem.
The corporate big shots hadn't wanted Jake there. But now he's the only one who can save them.
Power Play is a non-stop, pulse-pounding, high-stakes thriller that will hold the reader riveted until the very last page. 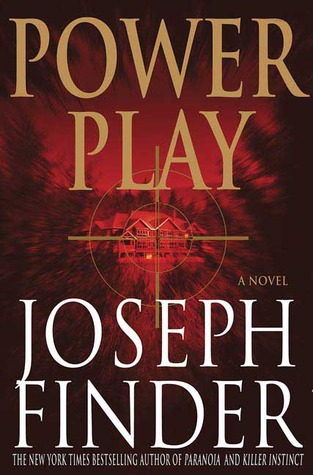 Coreopsis is a genus of flowering plants in the family Asteraceae. Common names include calliopsis and tickseed, a name shared with various other plants.

What a wonderful plot this is.  I can understand why you enjoyed the book.  Yes, I put it on my list.  Thank you.  A

Thank you for the reccomendation.  I will check it out.  I love a good thriller.  Beautiful photo!

I am always looking forward to reading each day...

I can just imagine Jake's past and what the outcome will be.  Sounds interesting