Dragonfire (2020) is the latest suspense novel featuring Lord Alexander Hawke by The New York Times bestselling American author Ted Bell. I enjoyed this novel, which is book #11 in this series, and recommend it and the series for your reading list. Click on the links to learn more about the author and his books. 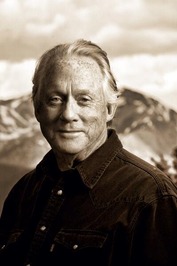 Ted Bell, formerly Visiting Scholar at Cambridge University and Writer-In-Residence at Sidney-Sussex College, Cambridge, is a full-time writer. He is the author of twelve consecutive New York Times Bestsellers.

His novels include the Lord Alex Hawke series of spy thrillers published by HarperCollins and the Nick McIver Time Travel Adventures published by St. Martins. His books are international bestsellers, published in 17 countries including Japan, Israel, and Turkey, and Russia, where he is the last spy novelist still published in Russian. The novels are also available in audio versions voiced by actor and good friend of Ted’s, John Shea.

Ted is also the author of the Blackford Blaine short stories, the first of which, THE PIRATE OF PALM BEACH, appeared in the Nelson DeMille anthology, THE RICH AND THE DEAD. The second installment, THE WIDOW'S WALK, appeared in N, the Nantucket magazine, summer of 2012. Bell worked for a brief time as an Advisor at the U.S. State Department and is a standing member of DOCA, a unit of the Department of Defense.

He was formerly one of the leading talents in advertising, having won every award the industry offers, including numerous Clios and Cannes Gold Lions, and, as Worldwide Creative Director of Young & Rubicam, the Grand Prix at the prestigious Cannes Festival. A native Floridian, Bell, an English major, graduated from Randolph-Macon College in Virginia and is a former member of the college's Board of Trustees.

Bell began his advertising career in New York at Doyle Dane Bernbach as a junior copywriter in the early seventies. By age 25 he'd sold his first Hollywood screenplay and become the youngest vice president in the storied history of the creative powerhouse, DDB. In 1982 he joined Leo Burnett Co., Chicago, as a Creative Director. He was named President, Chief Creative Officer just four years later, in 1986, at age 40. Credited with developing numerous innovative and award-winning advertising campaigns, Bell joined Young & Rubicam, London.

After 10 years at Y&R, Bell retired in 2001 to write full time. Bell holds honorary Doctor of Fine Arts degrees from Kendall College in Michigan, and Florida Southern College, where he is an Adjunct Professor of English Literature. His newest novel, OVERKILL, a tale of Putin versus the world, will be published on May 1, 2018 and is destined to be an instant New York Times best seller.

Alex Hawke, British lord and gentleman spy, is looking for the Queen's missing grandson, whose disappearance may be the culmination of a plot almost a century old in this breathtaking new adventure from New York Times bestselling novelist Ted Bell.

December 8, 1941, Washington, D.C.
The new Chinese ambassador to the United States, Tiger Tang, meets with President Roosevelt one day after the attack on Pearl Harbor. For the next four years, China and the U.S. will be wartime allies, but the charming, sophisticated ambassador may be playing his own treacherous game.

Today, The Bahamas
Alex Hawke is recovering from serious injuries incurred during a battle with a malevolent enemy. His recuperation is interrupted by a desperate call from the Queen. Her favorite grandson has disappeared in the Bahamas. Lord Hawke is the only man she trusts with a mission this sensitive. All she knows is that the young prince was last seen at the exclusive Dragonfire nightclub owned by the nefarious Tang brothers, grandsons of Ambassador Tiger Tang. 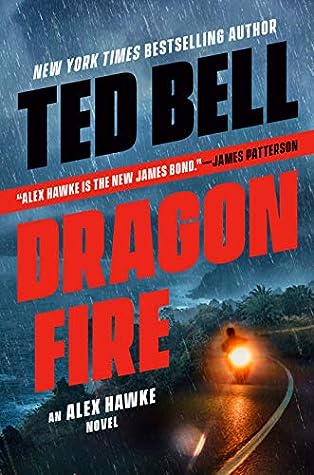 Dragonfire sounds like a good Ted Bell suspense novel for the bookworms out there, Roy.

Hi Roy- I've added Ted Bell and Dragonfire to my list on Amazon!!!

I've been so busy laely, I have a difficult time reading like I would like.  Got to get back on track.  This one sounds like a winner

Good morning, Roy... not familiar with this author... but this book sounds very interesting.