Robert Ludlum's The Bourne Evolution (2020) is the latest thriller featuring Jason Bourne by The New York Times bestselling American author Brian Freeman. Robert Ludlum passed away in March, 2001. I enjoyed this novel and recommend it for your reading list. Click on the links to learn more about the author and his books. 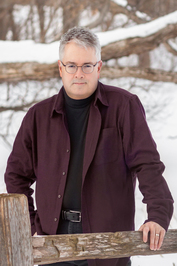 Brian Freeman is a New York Times bestselling author of psychological thrillers, including the Jonathan Stride and Frost Easton series. His books have been sold in 46 countries and 22 languages. He is widely acclaimed for his "you are there" settings and his complex, engaging characters and twist-filled plots. Brian has also been selected as the official author to continue Robert Ludlum's Jason Bourne series, with a new Bourne novel THE BOURNE EVOLUTION.

His novel THE NIGHT BIRD, the first in the Frost Easton series set in San Francisco, was one of the top 20 Kindle bestsellers of 2017. His latest releases include two stand-alones, the #1 Amazon Kindle bestseller THIEF RIVER FALLS and the #1 bestselling Audible Original THE DEEP, DEEP SNOW.

Brian's seventh novel SPILLED BLOOD won the award for Best Hardcover Novel in the annual Thriller Awards given out by the International Thriller Writers organization, and his fifth novel THE BURYING PLACE was a finalist for the same award. His debut thriller, IMMORAL, won the Macavity Award for Best First Novel and was a nominee for the Edgar, Dagger, Anthony, and Barry Awards. IMMORAL was named an International Book of the Month, a distinction shared with authors such as Harlan Coben and Lisa Unger.

All of Brian's books are also available in audiobook editions. His novels THE BONE HOUSE and SEASON OF FEAR were both finalists for Best Audiobook of the Year in Thriller/Suspense.

After the death of his wife in a mass shooting, secret agent Jason Bourne is convinced that there is more to her murder than it seems. Worse, he believes that the agency that trained him and made him who he is--Treadstone--is behind the killing. Bourne goes rogue, leaving Treadstone behind and taking on a new mission to infiltrate and expose an anarchist group, Medusa.

But when a congresswoman is assassinated in New York, Bourne is framed for the crime, and he finds himself alone and on the run, hunted by both Treadstone and the tech cabal who had hired him. In his quest to stay one step ahead of his enemies, Bourne teams up with a journalist, Abbey Laurent, to figure out who was behind the frame-up, and to learn as much as he can about the ever-growing threat of the mysterious Medusa group. As more and more enemies begin to hunt Bourne, it's a race against the clock to discover who led him into a trap...and what their next move may be. 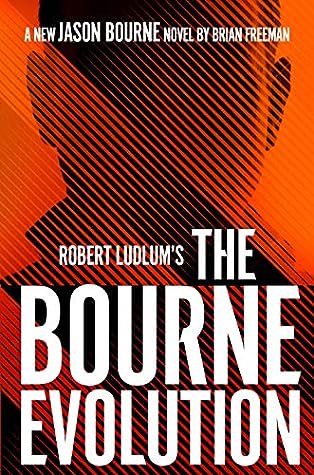 I love the flower shots, they are beautiful. Funny how the Bourne Legacy continues to evolve.  Wishing you a great day.  A

The Bourne Evolution sounds like a great read for the bookworms out there, Roy!

CONGRATULATIONS Roy, on having this blog FEATURED in the PHOTOS group!

Thank you very much for the feature recognition. It is much appreciated.

I do like watching all the Bourne movies that are out.  I wonder, are you aware if they are coming out with another one?