Walk the Wire (2020) is the latest book in the series featuring Amos Decker, the Memory Man, by The New York Times bestselling American author, lawyer and Virginia resident David Baldacci. I enjoyed this novel and recommend it and this series for your reading list. Click on the links to learn more about the author and his books. 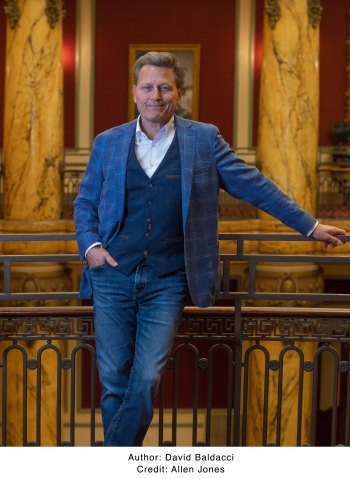 David Baldacci has been writing since childhood, when his mother gave him a lined notebook in which to write down his stories. (Much later, when David thanked her for being the spark that ignited his writing career, she revealed that she’d given him the notebook to keep him quiet, “because every mom needs a break now and then.”)

David published his first novel, Absolute Power, in 1996. The feature film adaptation followed, with Clint Eastwood as its director and star. In total, David has published 41 novels for adults; all have been national and international bestsellers, and several have been adapted for film and television. His novels are published in over 45 languages and in more than 80 countries, with 150 million copies sold worldwide. David has also published seven novels for younger readers.

A lifelong Virginian, David received his Bachelor’s degree from Virginia Commonwealth University and his law degree from the University of Virginia School of Law, after which he practiced law in Washington, D.C.

In addition to being a prolific writer, David is a devoted philanthropist, and his greatest efforts are dedicated to his family’s Wish You Well Foundation®. Established by David and his wife, Michelle, the Wish You Well Foundation supports family and adult literacy programs in the United States. In 2008 the Foundation partnered with Feeding America to launch Feeding Body & Mind, a program to address the connection between literacy, poverty and hunger. Through Feeding Body & Mind, more than 1 million new and gently used books have been collected and distributed through food banks to families in need.

David and his family live in Virginia.

Goodreads Review of Walk the Wire

When Amos Decker and his FBI colleague Alex Jamison are called to London, North Dakota, they instantly sense that the thriving fracking town is ripe for trouble. The promise of a second gold rush has attracted an onslaught of newcomers all hoping for a windfall, and the community is growing faster than houses can be built. The sudden boom has also brought a slew of problems with it, including drugs, property crimes, prostitution -- and now murder.

Decker and Jamison are ordered to investigate the death of a young woman named Irene Cramer, whose body was expertly autopsied and then dumped in the open -- which is only the beginning of the oddities surrounding the case. As Decker and Jamison dig into Irene's life, they are shocked to discover that the woman who walked the streets by night as a prostitute was a teacher for a local religious sect by day -- a sect operating on land once owned by a mysterious government facility that looms over the entire community.

London is a town replete with ruthless business owners, shady government officials, and religious outsiders, all determined to keep their secrets from coming out. When other murders occur, Decker will need all of his extraordinary memory and detective skills, and the assistance of a surprising ally, to root out a killer and the forces behind Cramer's death. . . before the boom town explodes. 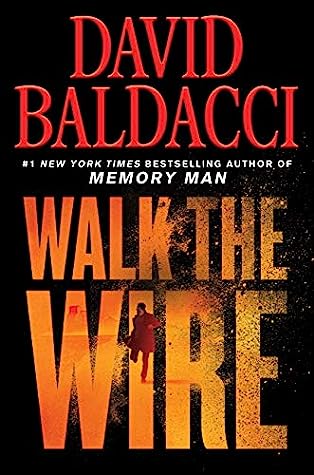 Walk the Wire sounds like a great read for the David Baldacci book fans out there, Roy.

Roy, I believe I have read a few books by this author, but gave away all my books when I moved a couple years ago.

Hi Roy- it's been a while since I've read a book by David Baldacci!  Thank you for the reminder.

I've read several of David's books.  Like you indicated he is a prolific writer.

Can't wait to get my hands on this book, Roy. Baldacci is one of my favorite authors and we have the complete library of his books in our house.

I have read Baldacci's books and have enjoyed them.  This one is very intriguing based on the plot summary..I have it on our list. A

Your comments are always welcome and are very much appreciated.