Blue Lightning (2010) is volume number four in the Shetland Island thriller series featuring Detective Jimmy Perez by award winning English crime writer Ann Cleeves. Dolores and I have enjoyed this series and recommend these books for your reading list. Click on the links to learn more about the author and her books.

In December 2017, Ann's husband Tim died suddenly in hospital, after being admitted for a heart condition. Read the family's tribute to him in Ann's Diary, or read the Evening Chronicle report.

Inspector Jimmy Perez takes his fiance home to Fair Isle, the tiny island he comes from, to meet his parents. The island is a magnet for bird watchers, who congregate at the local inn and lighthouse. When a local married celebrity, who had an eye for the lads, is murdered, Perez discovers that the suspects are very close to him indeed. With a sensational ending destined to create much buzz in the mystery world, "Blue Lightning "will thrill suspense fans everywhere. This series is the basis for the hit BBC show "Shetland, "starring Douglas Henshall, which attracted over 12 million viewers in its first two nights on the air. 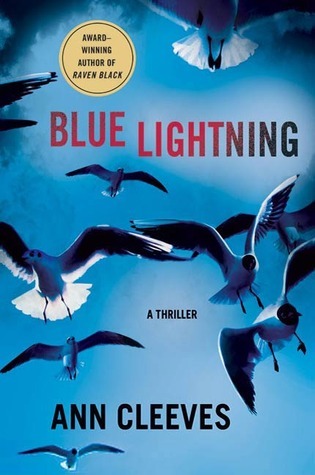 Good morning Roy. You are getting me hooked on fiction. Beginning book number seven so far this year. Enjoy your day!

Another Ann Cleeves thriller to look forward to, Roy. Love those pink tulips... love tulips, in general, and pink is my favorite color for flowers, clothing, etc.

HI Roy Kelley - Another great recommendation and nobody does a book review better than you!

Incidently, there is a Scottish TV series called "Shetland," based upon Ann  Cleeves novels. It airs on BBC, we both enjoyed watching it.

Another great tip, and as I was reading the comments, I see that Debb Janes EcoBroker and Bernie Stea JD mentioned a series of the books.  Will tune in.

Ann Cleeves is a prolific writer.  She keeps bookworms busy reading her words!