Night Victims (2003) is a suspense novel, previously titled The Night Spider, featuring retired NYPD Captain Thomas Horn by The New York Times bestselling American author John Lutz. I enjoyed this novel and recommend it for your reading list. Click on the links to learn more about the author and his many books. 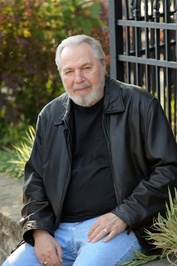 John Lutz has captivated suspense enthusiasts for over four decades. He has been one of the premier voices in contemporary hard-boiled fiction. His work includes political suspense, private eye novels, urban suspense, humor, occult, crime caper, police procedural, espionage, historical, futuristic, amateur detective, thriller; virtually every mystery sub-genre. John Lutz published his first short story in 1966 in Alfred Hitchcock's Mystery Magazine and has been publishing regularly ever since. He is the author of more than fifty novels and 250 short stories and articles.

His novels and short fiction have been translated into virtually every language and adapted for almost every medium. He is a past president of both Mystery Writers of America and Private Eye Writers of America. Among his awards are the MWA Edgar, the PWA Shamus, The Trophee 813 Award for best mystery short story collection translated into the French language, the PWA Life Achievement Award, and the Short Mystery Fiction Society's Golden Derringer Lifetime Achievement Award.

He is the author of two private eye series, the Nudger series, set in his home town of St. Louis, and the Carver series, set in Florida, as well as many non-series suspense novels. His SWF SEEKS SAME was made into the hit movie SINGLE WHITE FEMALE, starring Bridget Fonda and Jennifer Jason Leigh, and his novel THE EX was made into the HBO original movie of the same title, for which he co-authored the screenplay.

Lutz and his wife, Barbara, split their time between St. Louis and Sarasota, Florida.

A computer programmer, a casting director, a call girl. The victims have nothing in common except the manner in which they spent their last night--wrapped in their own bed sheets in a bloody ritual of slow, agonizing death.

For NYPD Captain Thomas Horn, this adversary is unlike any he has met before. Methodical and highly skilled, the killer is always one step ahead, able to enter buildings without detection and leave no trace behind. To stop this deadly rampage, Horn must unlock the secrets of a cunning enemy who is saving his most shocking surprises for last. . . 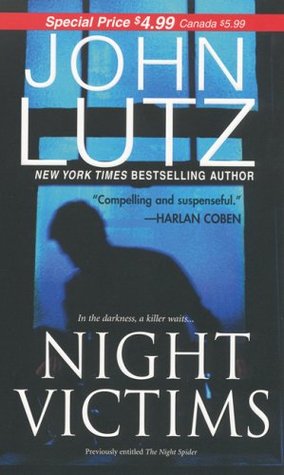 Good morning Roy. On the second in a long series of books by James Grippando, Beyond Suspicion. Think there are over 20 in the series and I probably won't read them in order. Enjoy your day!

I have read only five of the Grippando books. We have several on the shelf to read. More reading to do!

Sounds like an exciting story, Roy, but scary. I wonder if I'd sleep at night after reading this one.

I'm with Nina, might have to read this one during the bright lights of daylight. Lol.

I am with all who have remarked how scary this book sounds!  Wishing you and Chef Dolores a great weekend.  A

Night Victims sounds like a great read for fans of suspense novels, Roy.  I hope you enjoy the weekend.

Hi Roy,  Thanks for recommending the book, Night Victims.  It sounds like a great suspense novel.  I'll put it on my list.

Thanks so much for stopping by. It is always good to see your comments.

Make it a habit to post a daily reblog. It is an easy way to pay it forward.