The Guardians (2019) is the latest legal thriller by The New York Times bestselling American author John Grisham. I enjoyed this book and recommend it for your reading list. Dolores and I have read 32 novels by Grisham. Click on the links to learn more about the author and his books.

Since first publishing A Time to Kill in 1988, Grisham has written one novel a year (his other books are The Firm, The Pelican Brief, The Client, The Chamber, The Rainmaker, The Runaway Jury, The Partner, The Street Lawyer, The Testament, The Brethren, A Painted House, Skipping Christmas, The Summons, The King of Torts, Bleachers, The Last Juror, and The Broker) and all of them have become international bestsellers. There are currently over 225 million John Grisham books in print worldwide, which have been translated into 29 languages. Nine of his novels have been turned into films (The Firm, The Pelican Brief, The Client, A Time to Kill, The Rainmaker, The Chamber, A Painted House, The Runaway Jury, and Skipping Christmas), as was an original screenplay, The Gingerbread Man. The Innocent Man (October 2006) marks his first foray into non-fiction.

Grisham lives with his wife Renee and their two children Ty and Shea. The family splits their time between their Victorian home on a farm in Mississippi and a plantation near Charlottesville, VA.

Goodreads Review of The Guardians

In the small north Florida town of Seabrook, a young lawyer named Keith Russo was shot dead at his desk as he worked late one night. The killer left no clues behind. There were no witnesses, no real suspects, no one with a motive. The police soon settled on Quincy Miller, a young black man who was once a client of Russo’s.

Quincy was framed, convicted, and sent to prison for life. For twenty-two years he languished in prison with no lawyer, no advocate on the outside. Then he wrote a letter to Guardian Ministries, a small innocence group founded by a lawyer/minister named Cullen Post.

Guardian handles only a few innocence cases at a time, and Post is its only investigator. He travels the South fighting wrongful convictions and taking cases no one else will touch. With Quincy Miller, though, he gets far more than he bargained for. Powerful, ruthless people murdered Keith Russo, and they do not want Quincy exonerated.

They killed one lawyer twenty-two years ago, and they will kill another one without a second thought. 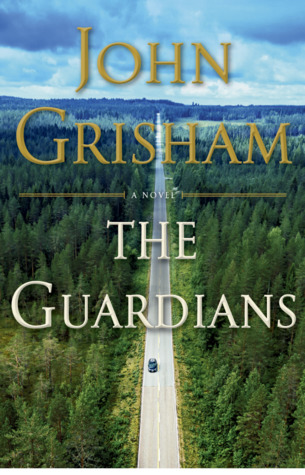 Well I am in on this one, thanks for sharing.

Sounds like a wonderful read, and the plot is intriguing.  A

This sounds like a very exciting book and another movie in the making!

Good Morning Roy, this looks like another great book. Thank you for sharing!

John Grisham's "The Guardians" is likely to be a great read for all the bookworms out there, Roy.

I always look forward to a new Grisham novel, Roy. Love them. One of my client friends actually went to Law School with him and has some interesting stories about Grisham... like the one where one of their law professors told Grisham he might not make it as a great lawyer but he had great writing skills.

I used to read Grisham books quite often.  It sounds like I better get back to it.  Thank you for the review.

I have read eight of his books and some are on my shelf but I haven't read them yet. The Guardian sounds like a great story. I really like his writing style and many of his chapters keeps me on the edge of my seat. It's hard to put down a John Grisham book. Thanks for the recommendation!