One Good Deed (2019) is the latest novel by The New York Times bestselling American author David Baldacci. I enjoyed this book and recommend it for your reading list. Click on the links to learn more about the author and his many books. Dolores and I have read 38 of his previous books. 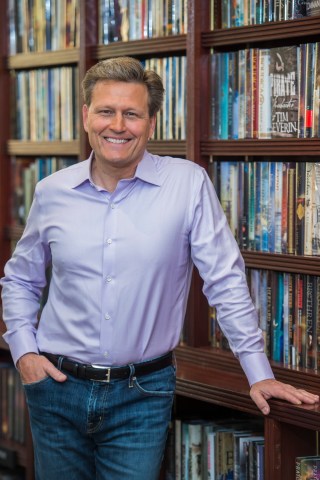 David published his first novel, Absolute Power, in 1996. The feature film adaptation followed, with Clint Eastwood as its director and star. In total, David has published 38 novels for adults; all have been national and international bestsellers, and several have been adapted for film and television. His novels are published in over 45 languages and in more than 80 countries, with over 130 million worldwide sales. David has also published seven novels for younger readers.

A lifelong Virginian, David received his Bachelor’s degree from Virginia Commonwealth University and his law degree from the University of Virginia School of Law, after which he practiced law in Washington, D.C.

Goodreads Review of One Good Deed

It's 1949. When war veteran Aloysius Archer is released from Carderock Prison, he is sent to Poca City on parole with a short list of do's and a much longer list of don'ts: do report regularly to his parole officer, don't go to bars, certainly don't drink alcohol, do get a job--and don't ever associate with loose women. The small town quickly proves more complicated and dangerous than Archer's years serving in the war or his time in jail. Within a single night, his search for gainful employment - and a stiff drink - leads him to a local bar, where he is hired for what seems like a simple job: to collect a debt owed to a powerful local businessman, Hank Pittleman.

Soon Archer discovers that recovering the debt won't be so easy. The indebted man has a furious grudge against Hank and refuses to pay; Hank's clever mistress has her own designs on Archer; and both Hank and Archer's stern parole officer, Miss Crabtree, are keeping a sharp eye on him.

When a murder takes place right under Archer's nose, police suspicions rise against the ex-convict, and Archer realizes that the crime could send him right back to prison . . . if he doesn't use every skill in his arsenal to track down the real killer. 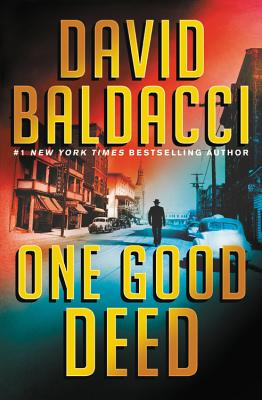 I haven't read anything by David in a long time.  Now that he has a new character, I may go back and start reading his works again

Good morning Roy. I am ready for some fiction. Will check it out. Thanks! Enjoy your day!

I love, love, love David Baldacci's books, Roy. So this one is definitely on my to read list. I think we might just have a copy of all his books thus far in our house.

We will definitely purchase this one.  Ron has enjoyed the books you have recommended, and stayed up late to finish Mission Critical, and has begun, Turn of the Key.  As always, thank you for your recommendations.  A

Sounds like a good read for the bookworms, Roy.  I remember the move Absolute Power.  I can't believe it was filmed that many years ago.  Time is moving quickly.

Hi Roy- it is been a while since I read one of Baldacci's books. Thanks for highlighting it.