Madame Fourcade's Secret War (2019) is the biography of a daring young woman who led France's largest spy network during World War II by The New York Times bestselling American author and Washington, DC resident Lynne Olson. This is a very interesting book and I recommend it for your reading list. Click on the links to learn more about the author and her books. 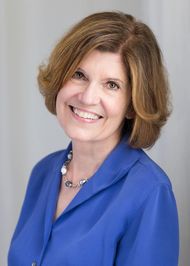 Lynne Olson is a New York Times bestselling author of eight books of history, most of which deal in some way with World War II and Britain’s crucial role in that conflict. er U.S. Secretary of State Madeleine Albight has called Olson “our era’s foremost chronicler of World War II politics and diplomacy.”

The dramatic true story of Marie-Madeleine Fourcade--codename Hedgehog--the woman who headed the largest spy network in occupied France during World War II, from the New York Times bestselling author of Citizens of London and Those Angry Days.

In 1941, a thirty-one-year-old Frenchwoman born to privilege and known for her beauty and glamour became the leader of a vast Resistance organization--the only woman to hold such a role. Brave, independent, and a lifelong rebel against her country's conservative, patriarchal society, Marie-Madeleine Fourcade was temperamentally made for the job. Her group's name was Alliance, but the Gestapo dubbed it Noah's Ark because its agents used the names of animals as their aliases. Marie-Madeleine's codename was Hedgehog.

No other French spy network lasted as long or supplied as much crucial intelligence as Alliance--and as a result, the Gestapo pursued them relentlessly, capturing, torturing, and executing hundreds of its three thousand agents, including her own lover and many of her key spies. Fourcade had to move her headquarters every week, constantly changing her hair color, clothing, and identity, yet was still imprisoned twice by the Nazis. Both times she managed to escape, once by stripping naked and forcing her thin body through the bars of her cell. The mother of two young children, Marie-Madeleine hardly saw them during the war, so entirely engaged was she in her spy network, preferring they live far from her and out of harm's way.

In Madame Fourcade's Secret War, Lynne Olson tells the tense, fascinating story of Fourcade and Alliance against the background of the developing war that split France in two and forced its citizens to live side by side with their hated German occupiers.

Good morning Roy. Just finished "First in Line" by Kate Anderen Brower and moving on to "The Death of Santini" by Patrick Conroy. Enjoy your day!

Those peonies are amazing, Roy... one of my favorite flowers. I'm getting this book for my husband... his father was in the Dutch resistance and my husband served as a lookout for him when he was a child.

You sure do find some good ones to share with us...thanks!

Posted by Kristin Johnston - REALTOR®, Giving Back With Each Home Sold! (RE/MAX Realty Center ) 12 months ago

What an interesting plot and I love that it is true.  My maternal grandmother was part of the French Resistance movement.  A

Roy, this non-fiction story calls me to read it.  OMG, so much intrigue and bravery.  Lynne Olson seems to be a very powerful author.

Sounds like a great read for spy enthusiasts, Roy.  As an aside, I've been watching an interesting docu-series on Netflix.  It is titled "The Dark Charisma of Adolph Hitler.  It offers a fascinating perspective on Nazi Germany.

I hope you are enjoying a good book or two this week.