A Cold Trail (2020) is book number seven in the series of crime novels featuring Seattle homicide detective Tracy Crosswhite by The New York Times  bestselling American author Robert Dugoni. Dolores and I have read all of the books in this series and recommend them for your reading list. Click on the links to learn more about the author and his books. 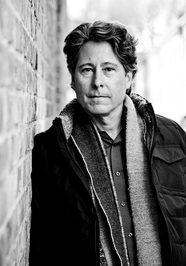 Robert Dugoni is the New York Times, #1 Amazon, and #1 Wall Street Journal Bestselling Author of the Tracy Crosswhite series: My Sister's Grave, Her Last Breath, In the Clearing, The Trapped Girl and Close to Home, A Steep Price and A Cold Trail as well as the short prequels The Academy and Third Watch. The police procedural featuring Seattle Homicide Detective Tracy Crosswhite has kept Dugoni in the Amazon top 10 for more than three years and sold more than 5 million copies. He is also the author of the critically acclaimed The Extraordinary Life of Sam Hell, released April 2018 and soon to be a major motion picture. He is also the author of the Charles Jenkin's International spy series, The Eighth Sister and The Last Agent, soon to be a television series. Dugoni's first series featured attorney David Sloane and CIA agent Charles Jenkins.
He is the winner of the Nancy Pearl Award for fiction, a two-time nominee for the Harper Lee Award for Legal Fiction, A two-time nominee for the Mystery Writer's of America Edgar Award and a two-time nominee for the International Thriller of the year. His non-fiction expose, The Cyanide Canary, was a 2004 Best Book of the Year. He is published in more than 30 countries and two dozen languages.
You can sign up for his newsletter at:
http://www.robertdugoni.com and message him on facebook, twitter and instagram

Goodreads Review of A Cold Trail

The last time homicide detective Tracy Crosswhite was in Cedar Grove, it was to see her sister’s killer put behind bars. Now she’s returned for a respite and the chance to put her life back in order for herself, her attorney husband, Dan, and their new daughter. But tragic memories soon prove impossible to escape.

Dan is drawn into representing a local merchant whose business is jeopardized by the town’s revitalization. And Tracy is urged by the local PD to put her own skills to work on a new case: the brutal murder of a police officer’s wife and local reporter who was investigating a cold-case slaying of a young woman. As Tracy’s and Dan’s cases crisscross, Tracy’s trail becomes dangerous. It’s stirring up her own haunted past and a decades-old conspiracy in Cedar Grove that has erupted in murder. Getting to the truth is all that matters. But what’s Tracy willing to risk as a killer gets closer to her and threatens everyone she loves? 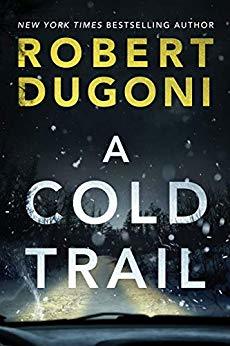