Telling Tales (2005) is the second book in the Vera Stanhope mystery series by international award winning English author Ann Cleeves. Dolores and I enjoyed this book and recommend it for your reading list. Click on the links to learn more about the author and her many books. It has been ten years since Jeanie Long was charged with the murder of fifteen-year-old Abigail Mantel. Now residents of the East Yorkshire village of Elvet are disturbed to hear of new evidence proving Jeanie’s innocence. Abigail’s killer is still at large.

For one young woman, Emma Bennett, the revelation brings back haunting memories of her vibrant best friend--and of that fearful winter’s day when she had discovered her body lying cold in a ditch.

As Inspector Vera Stanhope makes fresh enquiries on the peninsula and villagers are hauled back to a time they hoped to forget, tensions begin to mount. But are people afraid of the killer or of their own guilty pasts?
With each person’s story revisited, the Inspector begins to suspect that some deadly secrets are threatening to unfurl… 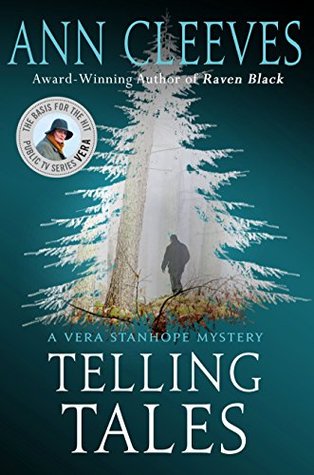